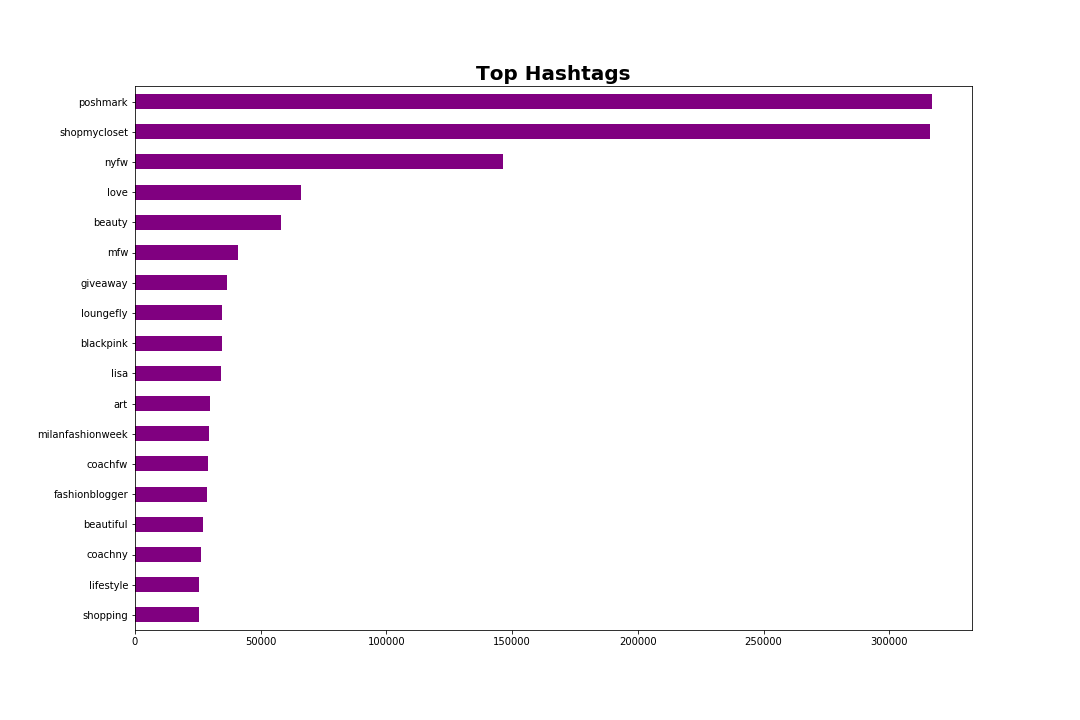 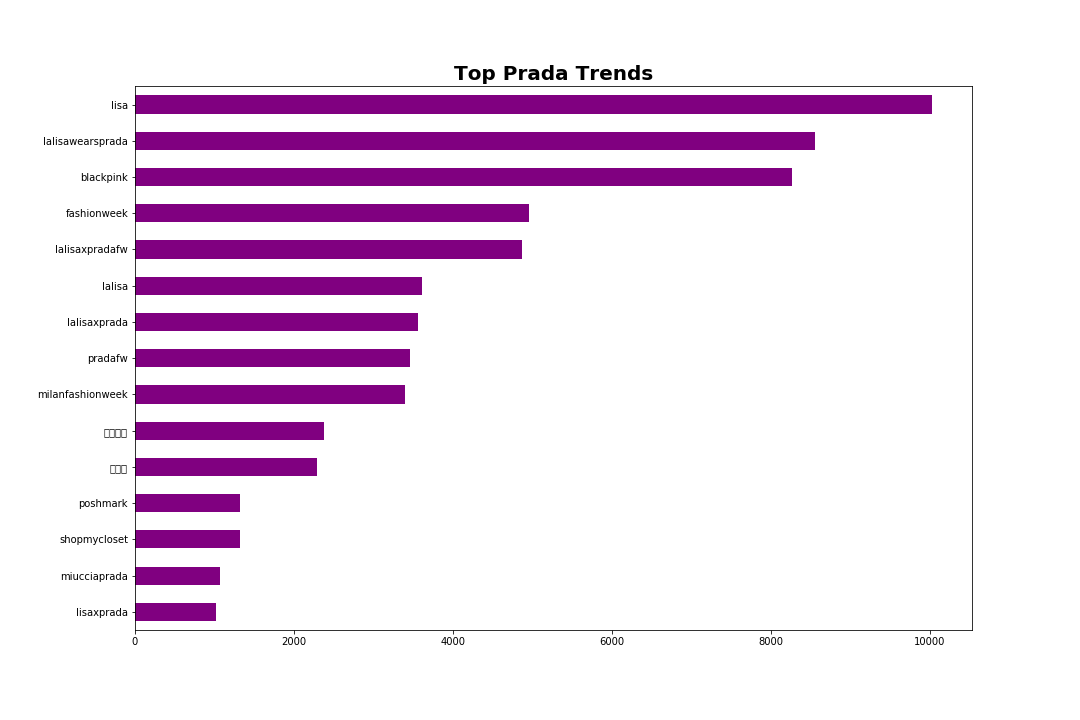 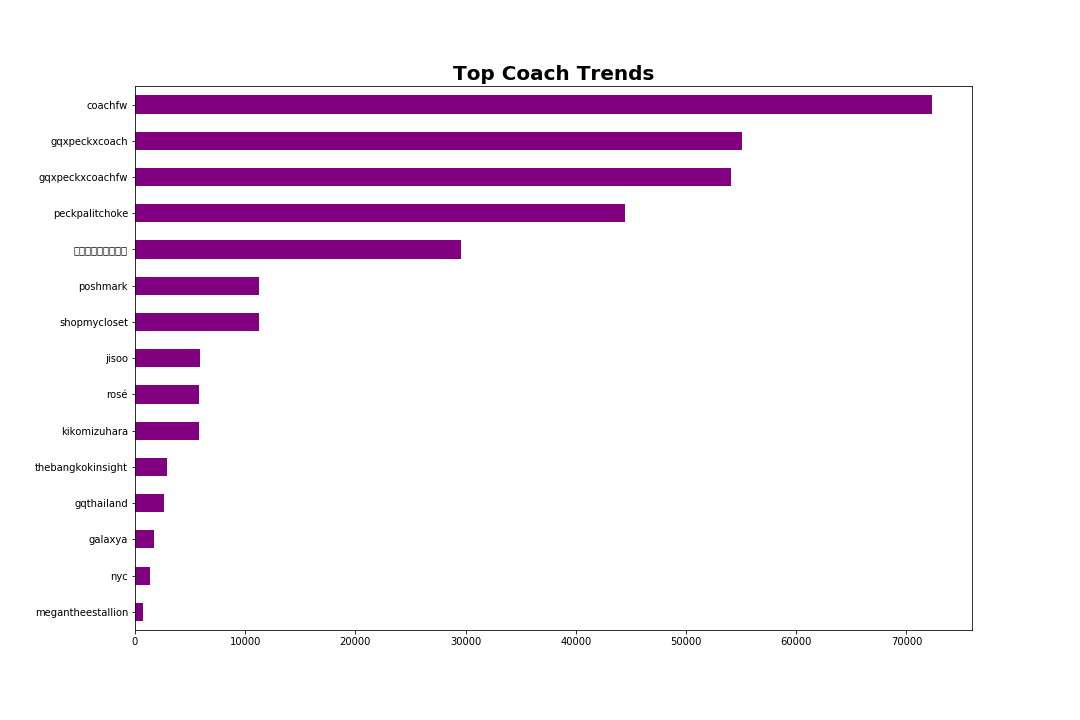 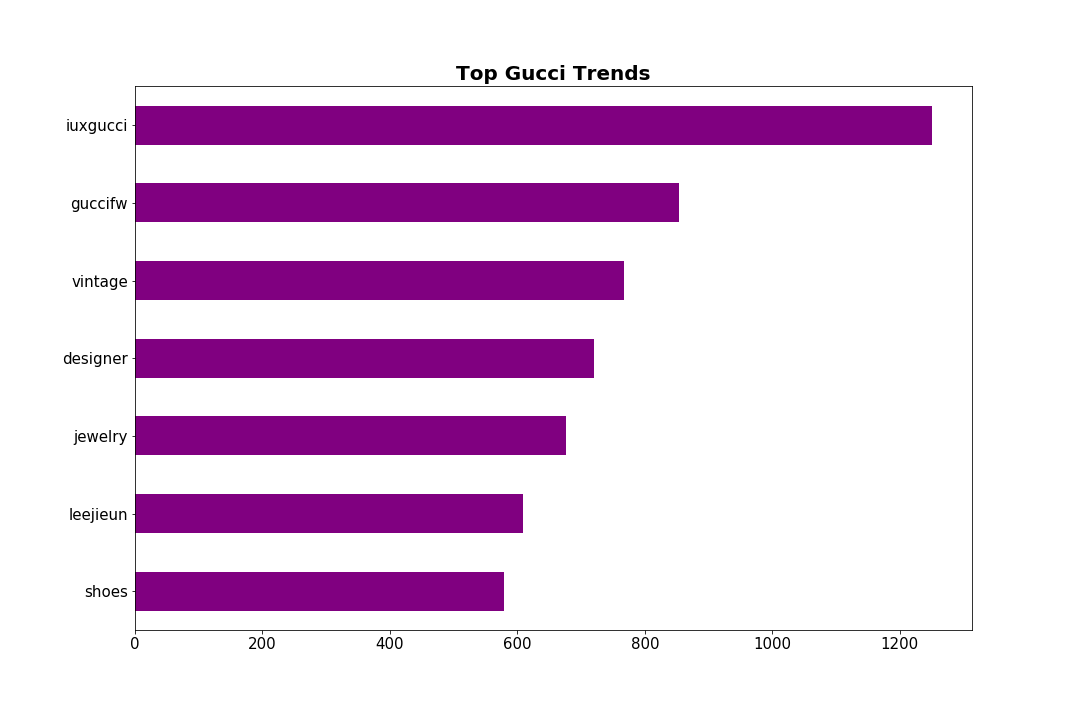 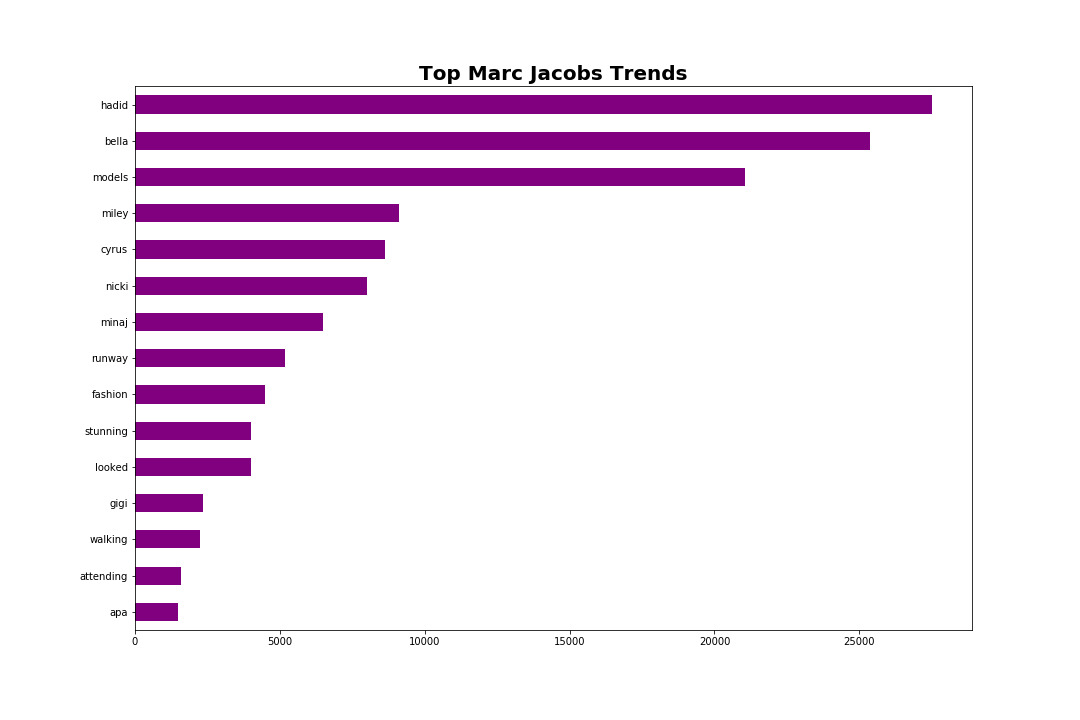 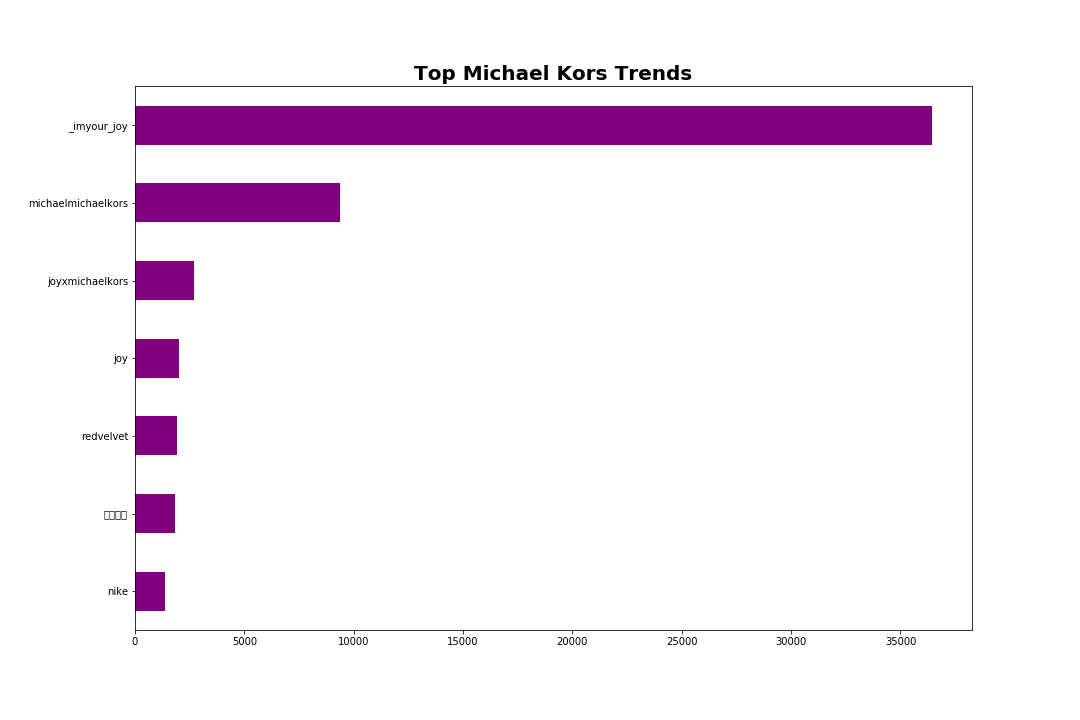 Fashion Week plays an important role in shaping the way people dress. Over the years, celebrities and influencers have been increasingly making the front rows or the catwalk of the highest-profile fashion shows. As a matter of fact, 100% of the top posts during FW SS20 were from influencers or celebrities. This question is thus, an attempt to identify the elements that contribute into making a fashion show successful online.

In parallel, Coach rose to popularity online due to the presence Thai celebrity Peck Palitchoke, with whom the brand collaborated, confirming the findings from the language analysis.

Analyzing Prada’s twitter data alone shows that its online success does not seem to stem from the Fashion Show but mostly from the attendance of South Korean BlackPink members, with more mentions around them than Prada itself.

Gucci made headlines on social media when South Korean pop idol UI stole the show in the front row.

Similarly to Prada and Gucci, Michael Kors’ popularity was also mainly due to the attendance of South Korean celebrity Joy from Red Velvet, who was making its fashion week debut.

Overall, the analysis of the top brands that attracted the most social media attention all share one particular element: the presence of celebrities on the catwalk or in the front rows. The data is sufficiently statistically significant to conclude that it is strategically profitable for brands to invite celebrities to their events to boost their online presence. Despite the fact that most of the attention was directed towards the celebrities, it still contributed to making the brands rise in popularity amongst communities. 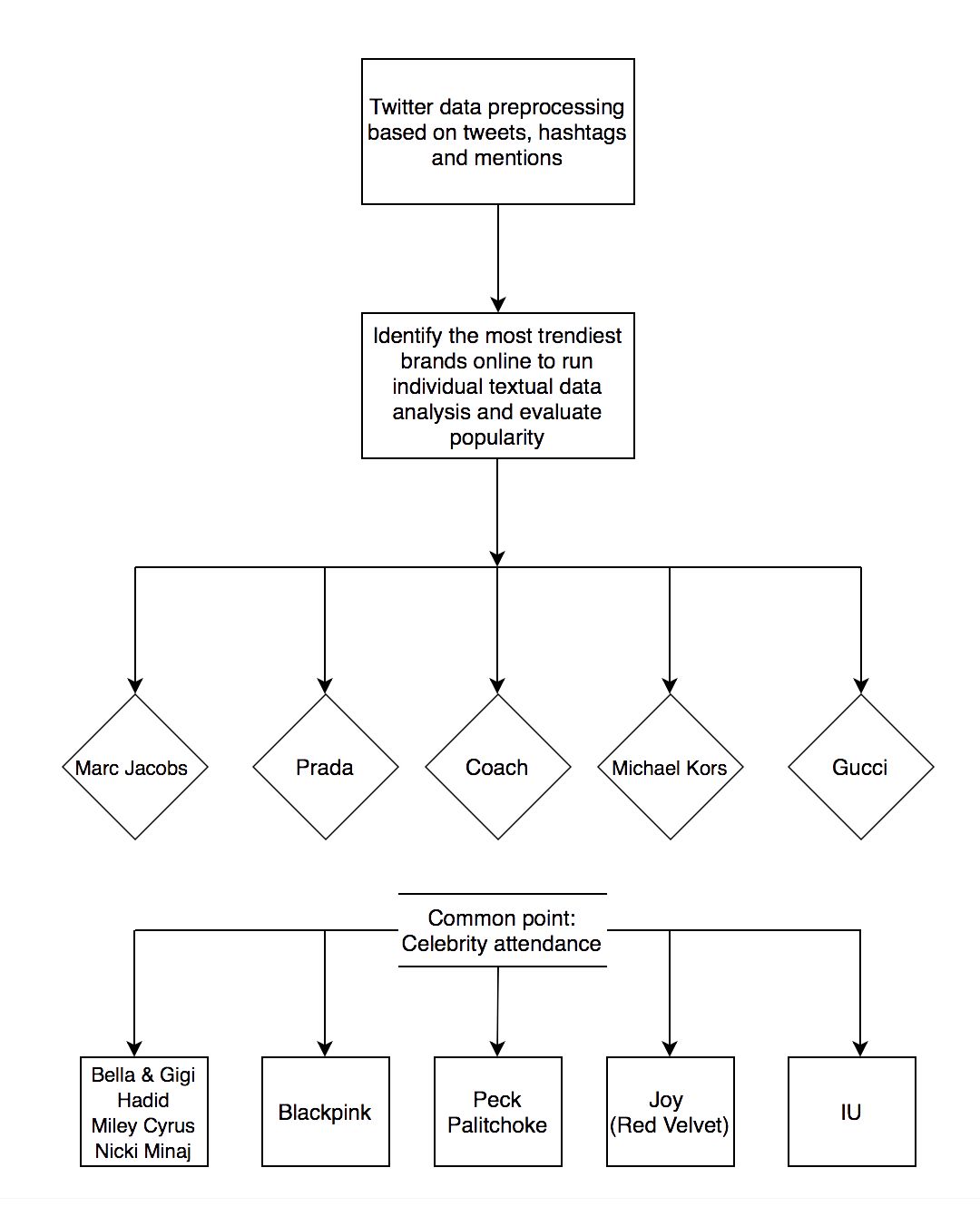